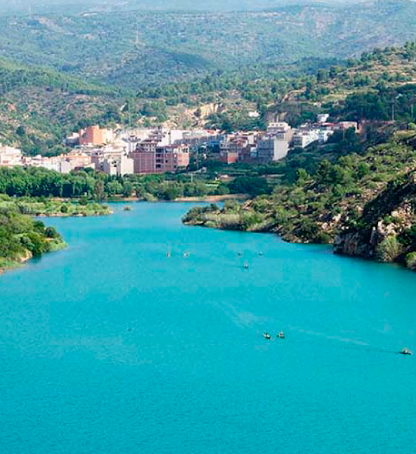 In 1947, almost 20 years after Ministerio de Obras Públicas will authorise the study of water regulation in the Mijares River With the aim of using them to irrigate the garden of La Plana de Castellón, work began on the construction of the Sichar reservoir, o Sitjar In Valencian

Although initially the capacity of the Sichar reservoir was 52 Hm3, during the 1970s it was revised and established at 49 Hm3. In addition, it has a surface area of 317 hectares, belonging to the municipalities ofRibesalbes and Ondaand a tail 8 km long. The gravity dam is 54 metres high and 581 metres long, with a crest height of 167.5 metres. 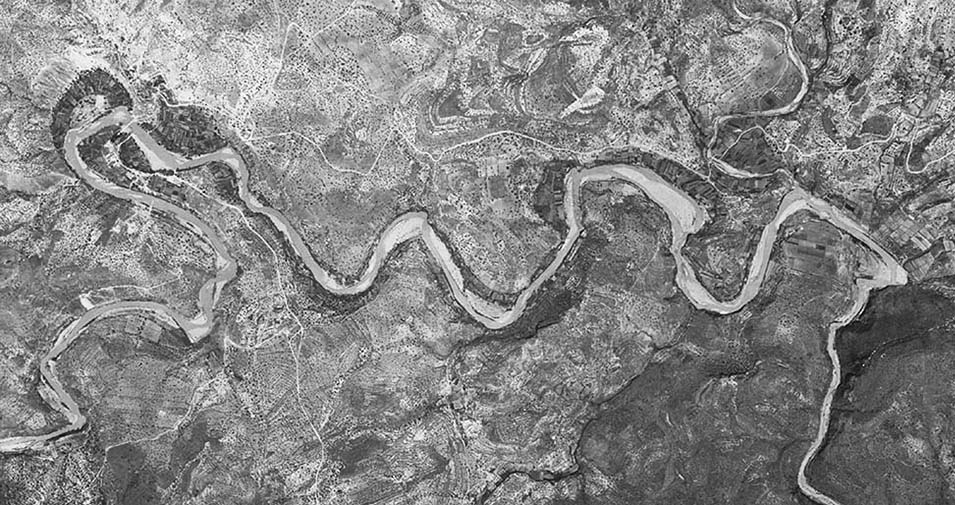 Most of the land that was flooded with the construction of the Sichar dam was dry land dedicated to the cultivation of cereals, olives and carob trees, although there were also inhabited farmhouses, such as Masia Gayatos, Masia de la Viuda, Masia de Gil, Masia Palagua and Masia de Pedro Juan, which were submerged by water. 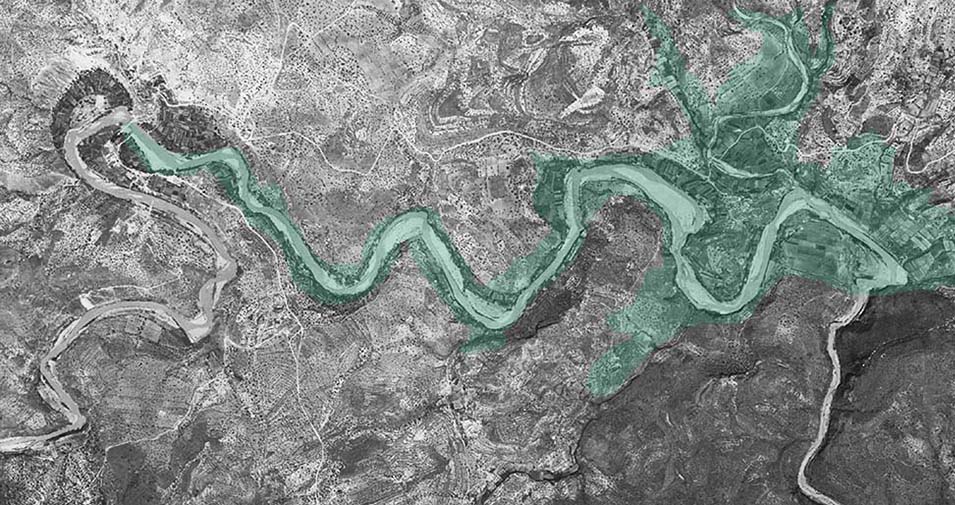 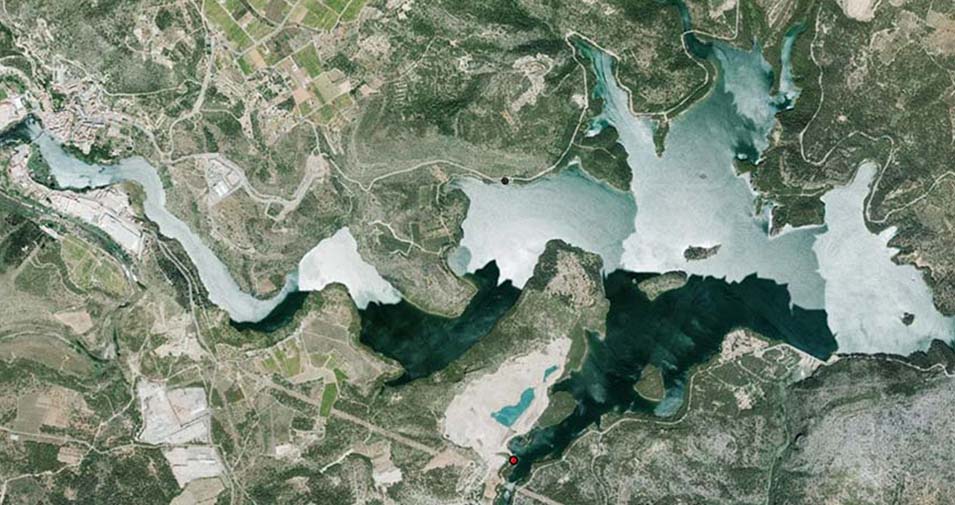 With an initial budget of 38,321,000 pesetas, the construction of the Sichar reservoir was financed entirely by the State, with most of the work being awarded to the Junta de Aguas de la Plana. The work was to be completed in April 1965, although it had already been in use since 1957. 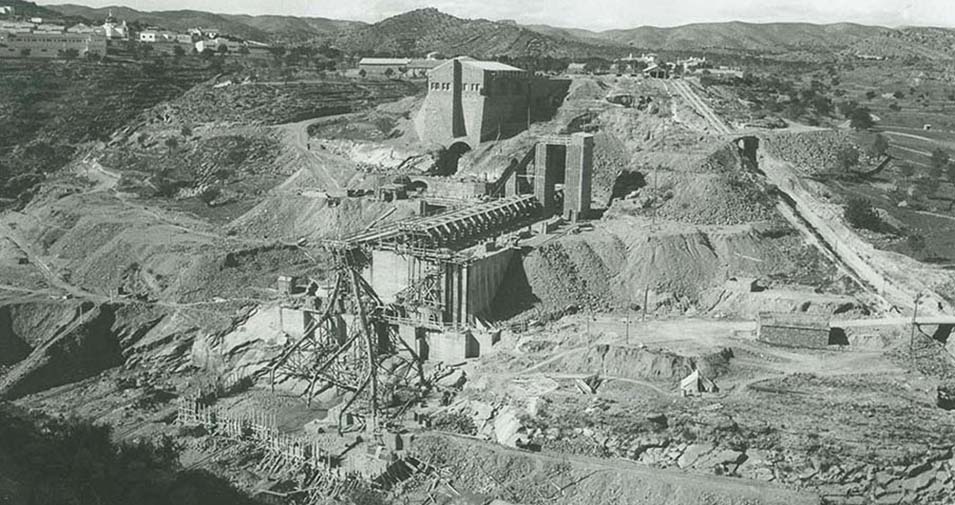 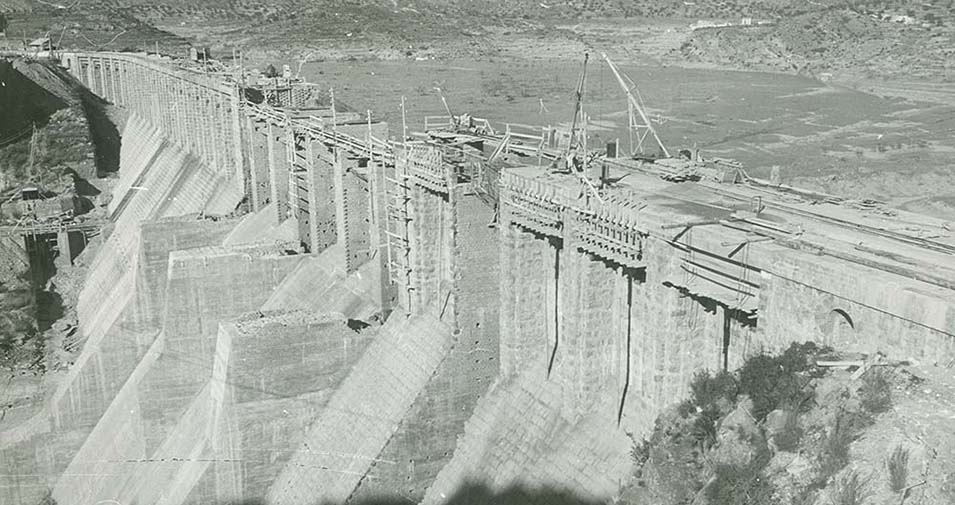 In 2005 the Sichar reservoir was the first in the area of Confederación Hidrográfica del Jucar (CHJ) in which the presence of Zebra MusselA mollusc from the Caspian, Aral and Black Seas is considered one of the 100 Most Harmful Invasive Species in the WorldSoon after, its presence would also be discovered in other bodies of water in the CHJ, such as the Forata reservoir.

In order to minimise and slow down its spread, the CHJ banned navigation in mussel-affected areas until the end of 2014, following a Resolution of the Presidency of the Jucar Hydrographic ConfederationIn the case of the zebra mussels, a regime was established to allow navigation in masses affected by zebra mussels on the basis of specific rules. Since 2016, Viunatura has been managing a Nautical base at Ribesalbes where it offers kayaking and paddle surfing activities, among others. 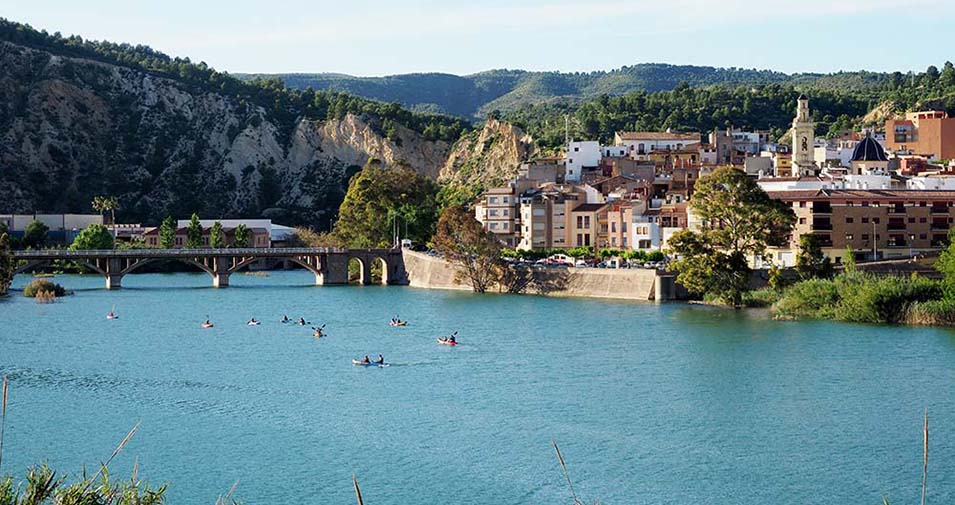 Mouth of the Mijares River at the Sitjar Reservoir in Ribesalbes 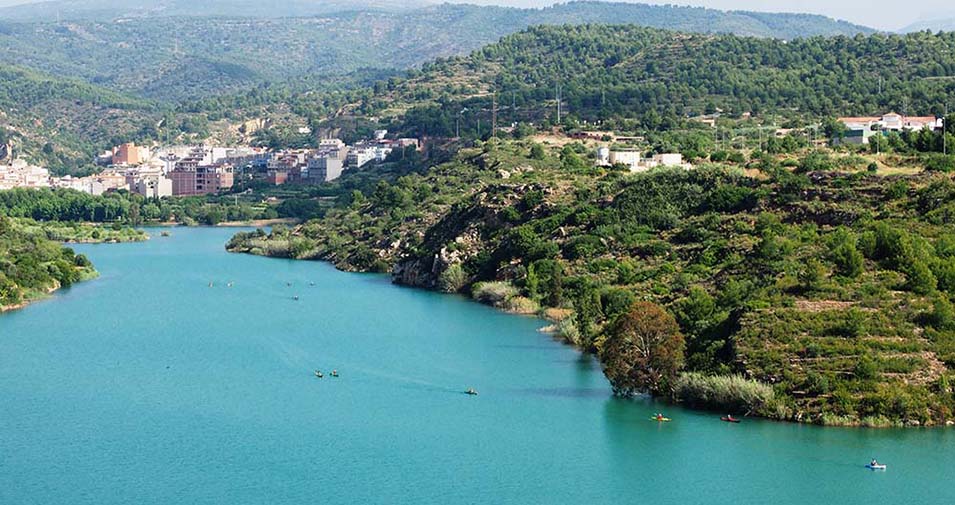 The tail of the Sitjar reservoir is 8km long 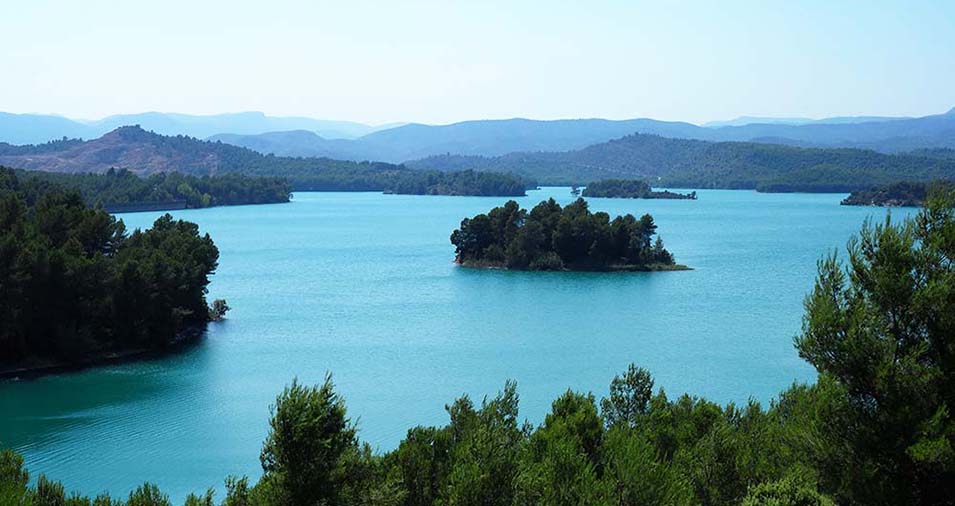 The first image belongs to the photogrammetric flights that the United States Army Map Service carried out between 1945 and 1946 over the Iberian Peninsula. These flights, also known as the American A Series Flight, belonged to the "Casey Jones" project, whose objective was to have an adequate cartography of the European territory. These images are accessible online from various viewers such as theNational Geographic Institute or the one from Institut Cartogràfic Valencià.

If you want to know more about the history of the construction of the Sijtar reservoir Mari Carmen Muñoz wrote some fantastic articles in the Cultural Anthropology course blog of the Universitat Jaume I, where there are also many interesting articles on the cultural history of Castellón and its surroundings.

You don't even want to lose the book published by the CHJ on the occasion of its 75th anniversary where he reviews the history of the Jucar Hydrographic Confederation.