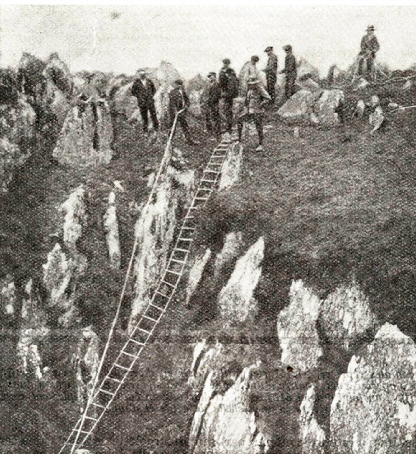 History of Speleology 1: The birth of a new science

This year there are two events that have encouraged us to make a small summary of the history of an exciting activity that combines science and sport: thecaving.

On the one hand, the celebration of the centenary of the discovery of ValltortaThe first one is in the region of Maestrat (Castellón). Some 7,000 year old paintings belonging to the so-called Levantine Cave Art declared a World Heritage Site by the UNESCOThe exhibition includes scenes from everyday life, as well as different rituals. 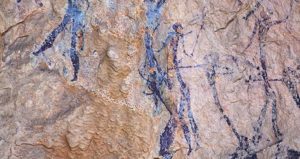 On the other hand, this year Les Coves de Sant Josep de Vall d'Uixó (Castellón), the longest navigable underground river in Europe, starts a new activity unique in the continent, the EspeleoKayak

Both are examples of the relationship between human beings and cavities from time immemorial to the present day. The first is of great importance for the development of humanity and the second is motivated by play and sport.

The relationship of the human being with the cavities goes one step further during the 19th century, when the exploration and direct study of the cavities begins to develop, giving rise to a new science, the caving. A science that covers a multitude of fields such as geography, geology, palaeontology, archaeology, zoology or anthropology (the sporting side of speleology is known as spelunking, although this term is hardly ever used).

The term speleology comes from the Greek words spelaion (cave) and logos (treatise) and was coined in 1890 by the prehistorian Emile Rivière. But he was not, if not a passionate advocate of natural sciences and geography, the considered father of modern speleology, the FrenchÉdouard Alfred Martel. He was a pioneer in the development of techniques and means for the exploration of cavities, such as rope ladders or detachable canoes. 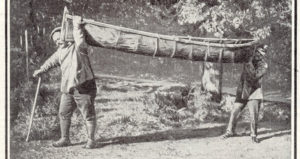 Detachable kayak used by E.A. Martel in his underground explorations

E.A. Martel began his explorations in the French Massif Central, in the period from 1888 to 1893 alone, examining more than 230 caves and grottos, covering more than 250km of underground galleries. All the marvels contemplated in the subsoil during these expeditions were recorded in 1894 in the publication of "Les Abîmes" (The Abysses).